In February 2019, the Finger on the Pulse exhibition, which reviewed the story of Rambam Hospital in Haifa, opened at the city’s municipal museum. The exhibition was the outcome of collaboration between the Museum, Rambam Hospital and a group of researchers, in particular our research group. In the same month, MidEastMed members visited the exhibition and met with Ms. Inbar Dror, the museum’s curator. During the meeting, group members became acquainted with the other exhibitions in the museum, and with the most important challenges facing the museum. Ms. Dror told us about museum collections available to the general public, such as maps, pictures, and more. All of them are waiting to be used by researchers in all fields.

MidEastMed’s team members contributed to the exhibition by offering historical consultation on the history of medicine in the city of Haifa during the years of the British Mandate, as well as writing two short essays that were published in the exhibition catalogue. The first dealt with the establishment of the Haifa Governmental Hospital and colonial medicine during the British Mandate period (written by Hagit Krik), and the second dealt with the relationship between the expansion of the city of Haifa and the development of health services available to the residents of the city, especially the Palestinian population (written by Ahmad Mahmoud).

The history of Rambam Hospital throughout the twentieth century, known until 1948 as the Haifa Governmental Hospital, or as Hamza Hospital in the Palestinian collective memory, is the history of the development and expansion of the city of Haifa, both geographically and demographically. Because the hospital is linked to providing health services to the population, hospitals are one of the institutions that can be used to narrate the history of a city. The Haifa Governmental Hospital was originally established in 1918 to serve the British governmental and administrative officials and their families. As the Mandate period continued, it began to serve a wider segment of the city's population. From the establishment of the hospital until 1938, the physical site moved between several buildings in the city. In 1938, a modern building was opened, designed by engineer Arik Mendelssohn. The population groups that received treatment were Arabs, Jews, and British subjects, in addition to visitors to the city of different nationalities. The staff that worked in the hospital, were very diverse, especially in the British Mandate years.

The establishment of the government hospital in Haifa was a milestone by which Haifa was incorporated into British colonial medicine, which was based on providing modern health services to the British and to the local population. The outcome was the confirmation and justification of the colonial project through medicine, by means of the hospital’s relationship with the local population. British medical institutions were the main ones to provide health services to the Arab population, due to the absence of an Arab health institutions able to meet the needs of the Palestinian population. The hospital attracted Palestinian, Arab and foreign doctors to Haifa. The hospital contributed to cooperation and working relationships among the men and women that worked there, British, Jewish and Arab. This cooperation took place under the umbrella of British imperialism, but ended in 1947 due to the events in the city of Haifa. The hospital was transferred to the administration of the Haifa municipality and then to that of the State of Israel. 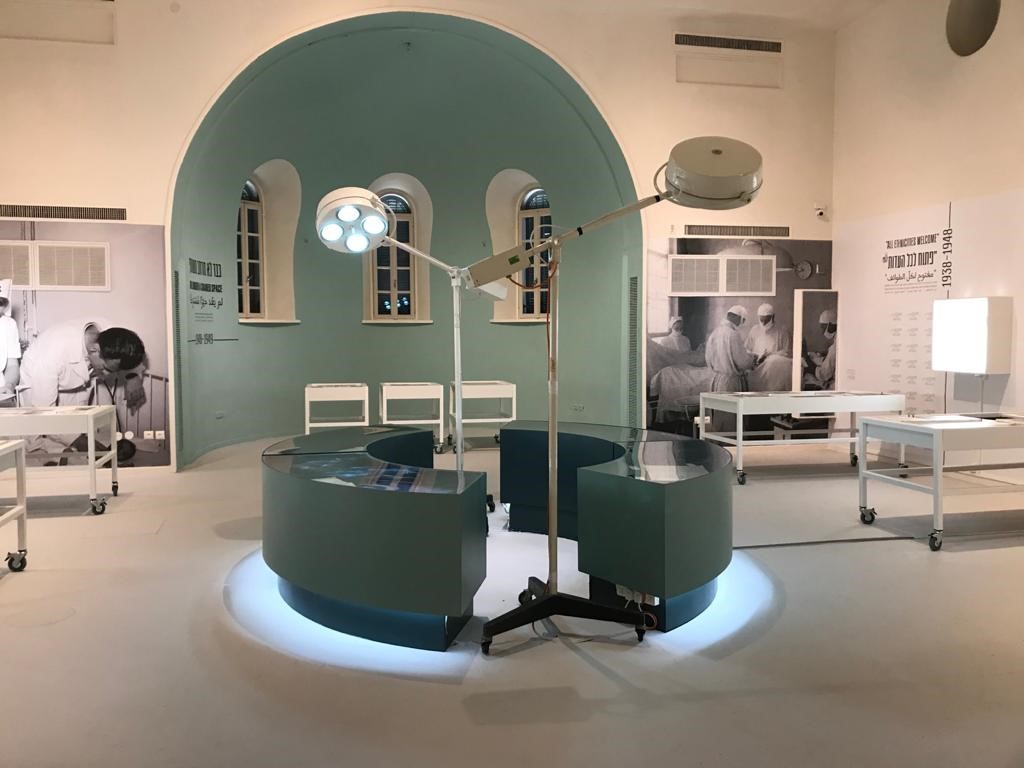