Revisions allow you to track differences between multiple versions of your content, and revert back to older versions.

by Nicole Khayat and Liat Kozma

This year’s MESA conference took place in San Antonio, Texas, and the program included several panels, talks and roundtables concerned with the history of medicine and science in general. The panel organized by our project, “Medical themes in the Arab Nahda” engendered a lively debate on the role of doctors as public intellectuals in the Nahda and on the existence of a balance between rationalism and religiosity. The long nineteenth century was a period of highly accelerated literary production in Arabic, known as the Arabic Nahda. This period also witnessed growth in the medical profession and steps taken toward standardization of medical knowledge. Peter Hill’s paper examined the role of medical knowledge in discussions of religious skepticism and materialism by two medically-trained Syrian Christian writers of the mid-nineteenth century. These writers’ professional medical knowledge was deployed to counter skeptical and materialist arguments and reaffirm their religious faith, but this was done in ways that radically shifted the grounds on which religious debate was conducted. Nicole Khayat’s paper, “Medical training and texts during the nineteenth-century Arabic Nahda,” argued that individuals during this period felt that medical training did not only have the potential to benefit them personally, but also perceived themselves and the medical discipline as an important component of the Nahda and its modernizing project. As such, they had both the responsibility and the qualifications to cure not only the individual body but also the social body of Arab society. Liat Kozma, the panel’s discussant, then traced shared themes, which highlighted the specific role medical doctors played in the Nahda, and contributed to Nahdawi intellectuals’ strong belief in science as the harbinger of national progress.

The following morning, a double session of roundtables (the second of which was chaired by Liat Kozma), titled “Medicine and Science: Geography, periodization, rupture, continuity,” explored the various challenges facing historians of science and medicine in the premodern and modern Middle East. Participants discussed and shared their own experiences and difficulties working in a branch of knowledge that is still heavily dominated by historians of European culture and science. Our challenges thus include, decentralizing Europe and exploring how knowledge is produced, for example, by Muslim astronomers, astrologists and alchemists; or how to access knowledge production in colonial settings. Participants therefore suggested that historians of the Middle East can offer new research agendas to historians of medicine and science. At the same time, historians of medicine and science can offer fresh perspectives on periodization, mobility and power; as well as new methodological approaches to historians of the region who examine other aspects of society and politics. We would also like to thank Prof. Beth Baron (The Graduate Center, CUNY) for letting us know about this tweet.

Nicole Khayat served as a discussant in a panel titled ”Knowing nature: Epistemologies, scientific exchange and exploration in the Ottoman Empire, 17th-20th centuries.” The panel examined the importance of nature to Ottoman society and how it was described, who studied it, and in what contexts. Participants examined, for example, the Great Locust Invasion of 1915 Egypt, Egyptian plants and intellectual traditions and the practice of Reasoned Science in Egypt, 1750-1825. Nicole Khayat’s comments highlighted the multiple sites of knowledge production in comparison to histories of the natural sciences in other historical contexts.

Adjacent to our conference, the Grand Hyatt Hotel hosted the Annual Mariachi Competition, and we enjoyed their marvelous costumes as we waited for our coffee. 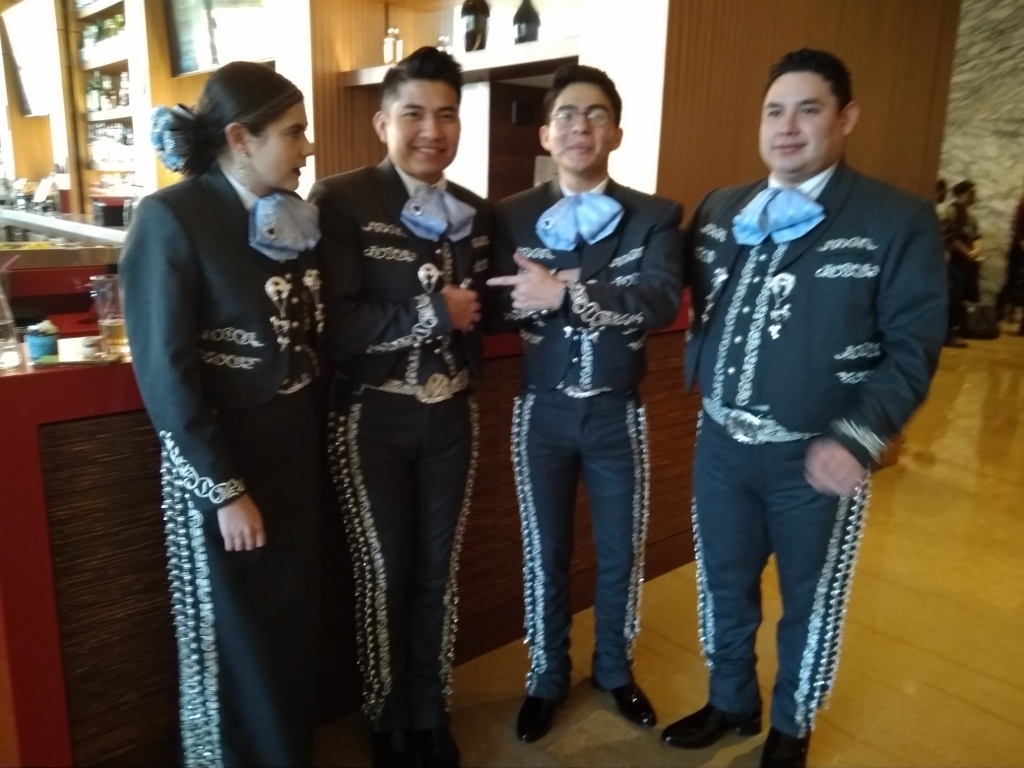