How it came about

The MidEastMed team was awarded a small grant for innovative teaching from the Hebrew University, for a course on the history of medicine in the Middle East in the 2019/20 academic year that would focus on gamification; that is, the use of games or game-like elements in non-game situations. This is an educational approach aimed at increasing learners’ enjoyment and engagement, capturing their interest, and hopefully – inspiring them to continue learning. Gamification is different from game-based learning, in which students design their own games or use commercially-produced existing ones. The task of designing the educational games was a challenge that smaller teams from within the group spent much of the summer of 2019 overcoming, with the great assistance of Ori Kozma.

Advice from an expert

Before starting the project, we were able to receive advice from Prof. Shai Ginsburg of Duke University, who has many years of experience in researching games, as well as using them in teaching. He emphasized the importance of mapping and pre-planning: “failure is not an option,” and it is also vital to define precisely what the desired learning outcome is, since with games, it is much more difficult to change things mid-stream than it is in ordinary teaching.

A thought-provoking meeting made us ask ourselves question such as:

Shai’s final words of advice were to remember that students who take game-playing courses enjoy them, but don’t necessarily learn or remember more than students in conventional classrooms. This is probably because of  the inbuilt conflict between games and teaching: games are meant be fun, learning - not necessarily. And as we designed game, we should keep in mind that learning purposes means that the result of the game cannot be entirely random.

After much discussion (not to say arguing), the gamification aspect of the planned course was boiled down into four:

Hajj and Cholera in detail

An important part of the regional history of medicine in the Middle East in the nineteenth century is the health-related aspects of the pilgrimage to Mecca (the hajj). The arrival of steamships and railways made the journey much faster than it had been in the past, and infectious diseases—whose carriers previously had died on the way, before spreading illnesses to pilgrim from other countries, or to those who had stayed at home—could now be transmitted from India to Egypt via Arabia. The chief of these diseases was cholera, and the fear of cholera brought into being a quarantine regime aimed at keeping it outside the various empires (colonial and otherwise) ruling the Middle East. 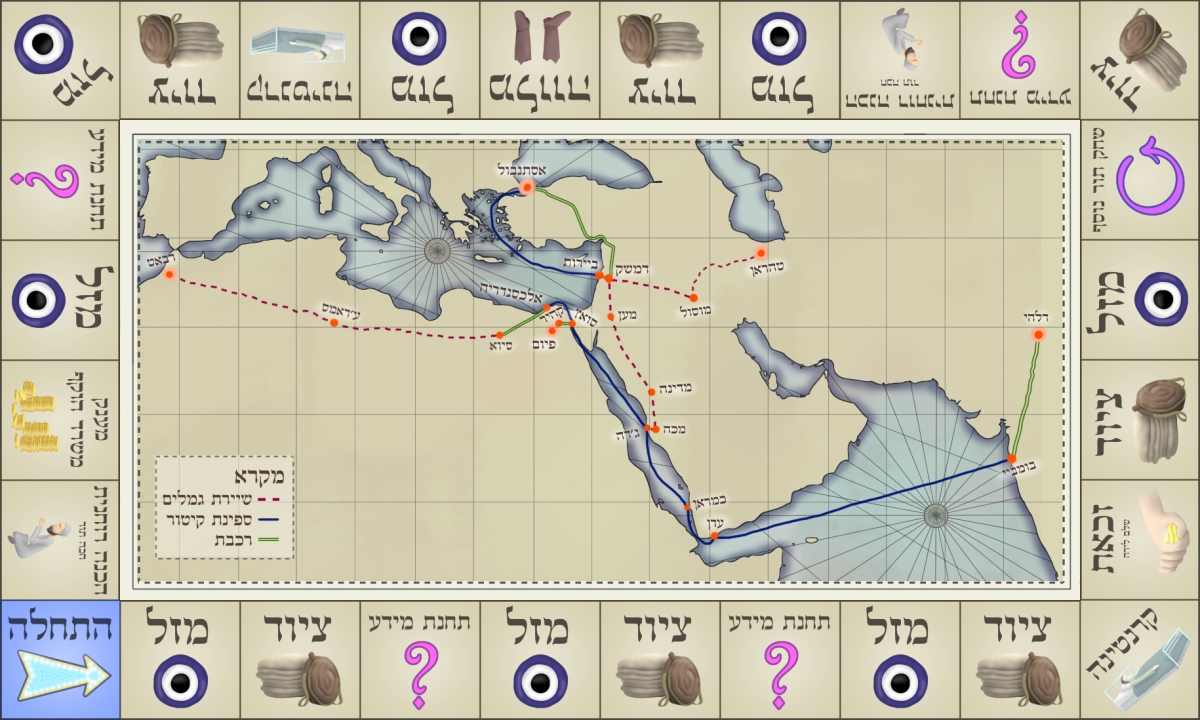 This board game asked each student to identify as a particular pilgrim, setting out from his or her home to Mecca. Each character had a backstory, a travel route and a certain amount of money to start with. Two pieces represented each character—one moved around the board according to the fall of the dice, as one might in Monopoly, buying the necessary provisions and travel tickets, and occasionally landing on action squares, where something good or bad might happen, either delaying progress or speeding it up. Once a character had obtained all it needed for the next stage in their travels, a second piece would move from one location to the next on its route, either by steamship, by rail or by camel. Next turn, acquiring provisions would start again, by moving the first piece around the board. The first person to complete the route to Mecca wins. 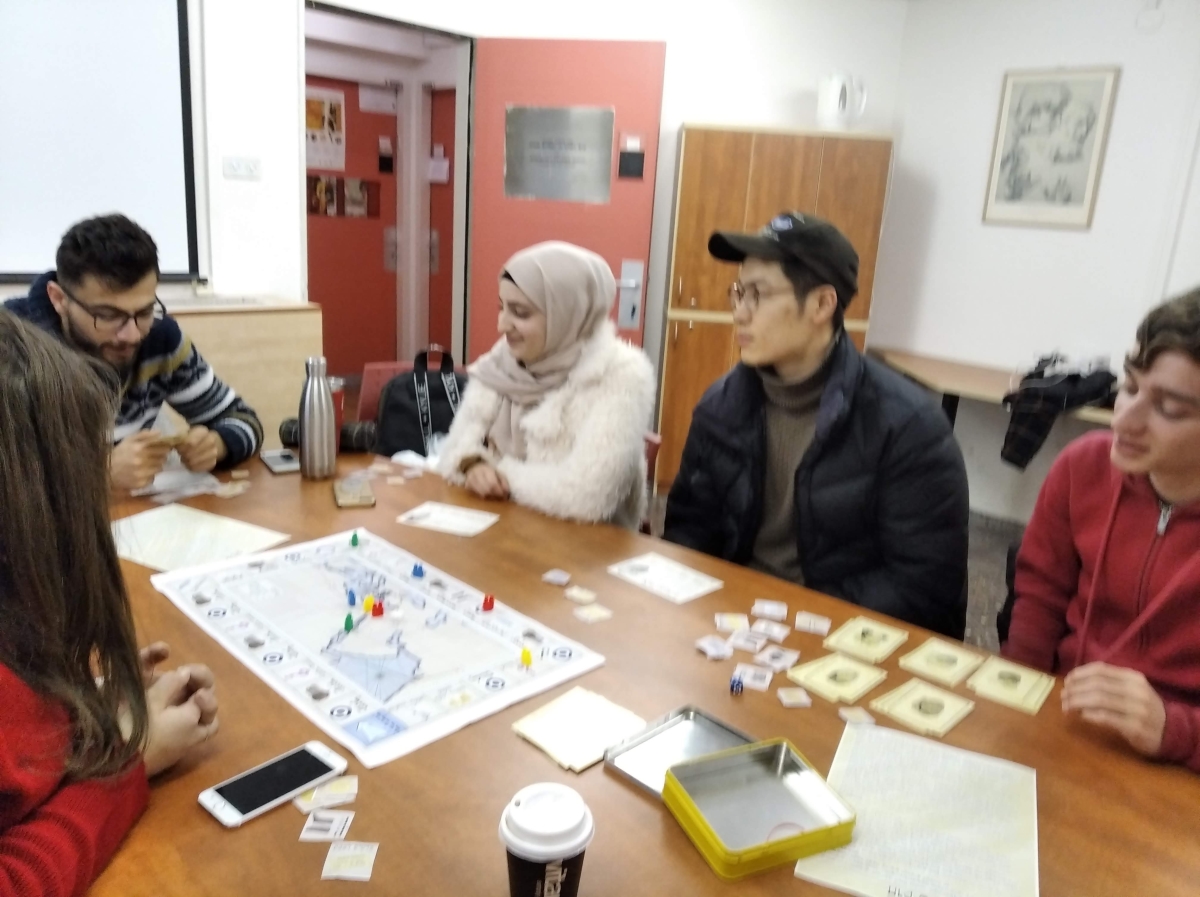 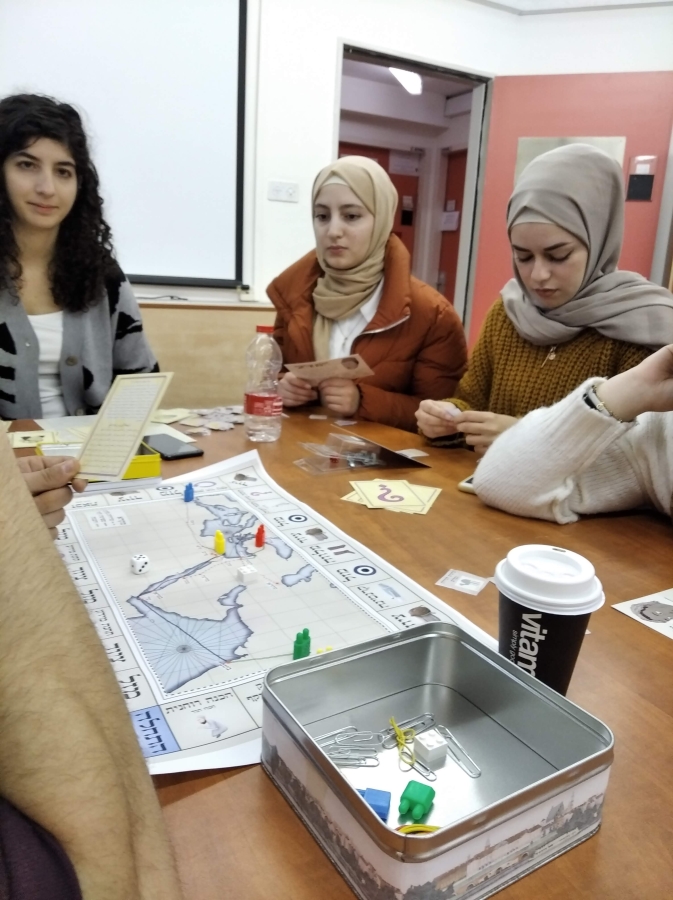