Revisions allow you to track differences between multiple versions of your content, and revert back to older versions.

The old city of Jerusalem did not tolerate its lepers – men and women; Jews, Muslims and Christians – who lived together in filthy huts near Zion and Jaffa Gates. In 1865, A German couple of nobility on a pilgrimage to the Holy Land witnessed the lepers' harsh conditions and decided to establish a place where they could be treated properly. Within two years, in association with the Anglican-German Protestant community in Jerusalem, an asylum was built close to the old Mamilla Pool. The house stood empty for months because the Muslims, who were the majority of the lepers, were concerned about missionary activities within its walls. As this did not happen, demand soon was high.

The Mamilla asylum could not hold all of Jerusalem's lepers and also was too close to the city. Therefore, in 1887 a bigger asylum was built, designed by the well-known German architect Conrad Schick, on the far outskirts of the city. The lepers' home was named Jesus Hilfe (The Help of Jesus) but bore the name of the Norwegian physician Gerhard Hansen, who identified the bacteria that causes leprosy back in 1879. Hansen House was mostly run by German Protestant nurses from the Moravian church, while a doctor would occasionally visit to examine the sick. One of these doctors was the famous Palestinian physician Tawfiq Canaan, who managed the place until 1948. Most of the nurses were single, and some stayed at Hansen House for decades, forming close and warm relationships with the patients.

The patients came from the local Muslim, Christian and Jewish communities, from all over the area and not only from the city of Jerusalem. Between the 1880s and the 1950s, the House hosted between 30 to 40 lepers and 3 to 5 nurses at any one time. Hospitalization was voluntary and was not forced upon the lepers. Furthermore, in contrast to what one might think because of the surrounding walls and the disease's reputation, the asylum was not closed: both lepers and their visitors were free to come and go as they wished

Hansen’s disease is often imagined as the severe contagious disease of the Bible. In fact, it has no connection to the terrifying biblical leprosy, since it is not very contagious. It is caused by bacteria transmitted through long exposure to saliva, and not through physical contact, as often imagined. Its harshest affect is on the nerves, which leads to paralysis, dryness and inability to feel pain, heat and cold. The cure for the disease was found in 1940 in the form of an antibiotic. Nonetheless, Hansen House was not closed and remained open until the end of the 20th century, since in many cases the lepers, who suffered from the disease’s cruel stigmas, had nowhere else to go and considered it their home.

Once inside, the lepers had to follow the rules of the house and especially its separation between the genders. Lepers who wanted to marry each other, for example, had to leave the asylum. There were no rules concerning participation in prayers, and the wards were not obliged to attend them. Nevertheless, the nurses hoped that their patients would convert, even though it is important to note that the place was not established for missionary purposes.

As a research group that specializes in the regional history of medicine in the 19th and 20th centuries, we could not miss the opportunity to visit such a unique institution. Many questions led us to Hansen House (which ceased to function as a hospital at the beginning of the 2000s, and has become an urban art center): What were the relationships between the Jewish, Muslim and Christian lepers? What did their daily regime look like? Could the lepers move freely inside and outside the facilities? How did the German nurses experience their work at the hospital? What were their relations with the wards and the local doctors? Was there any contact between the house and its surrounding neighborhoods? How was the building especially designed to provide for the wards' hygienic needs? What were the changes that the house, the wards and the staff underwent at the end of World War One and upon the establishment of the State of Israel?

These questions and others were answered in an instructive meeting with Mrs. Ruth Wexler, the head nurse of the lepers` home from 1988 to the beginning of the 21st century. Her research on the hospital's past has been developed into the historical exhibition that can now be seen at the place. Part II of this post will be written by Ruth, sharing her experience and knowledge of this exceptional and beautiful house in Jerusalem. 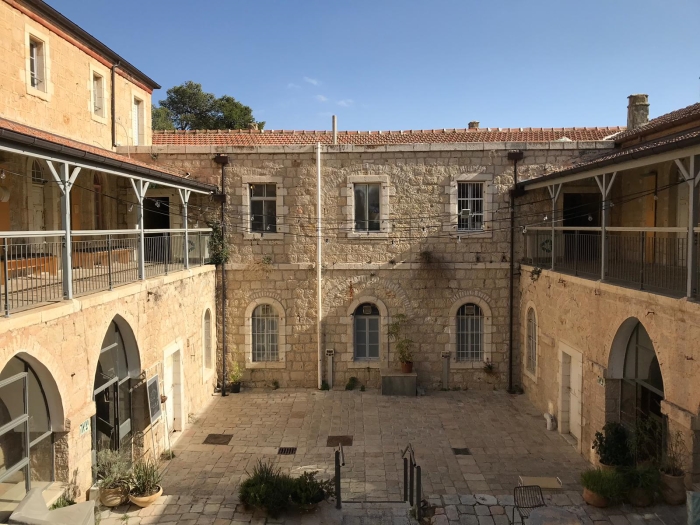 (Figure 1: The inner yard of the hospital) 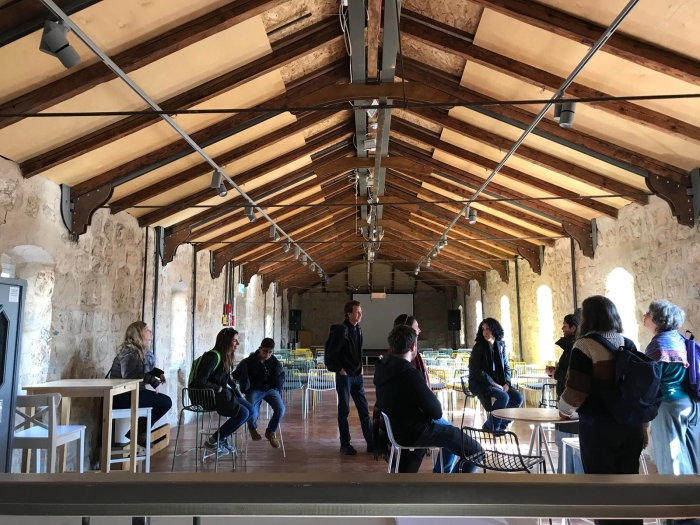 (Figure 2: The group in the attic)